“Everything else that I’ve seen so far hasn’t been anywhere near as close or as good as what I’ve seen with the HaptX Glove.” -Kent Bye, Voices of VR

Since 2014, the Voices of VR has produced over 600 episodes documenting the emergence of virtual reality and augmented reality technologies. Kent Bye, the podcast’s creator, has interview engineers, artists, filmmakers, futurists, and more–all in pursuit of answer the question: What is virtual reality’s ultimate potential?

In 2017, he interviewed HaptX founder Jake Rubin about the progress on building what Bye called “a generalized haptic display.” At the time, HaptX’s prototype was a refrigerator-sized box that you could stick your hand into and experience a realistic sense of haptic feedback. Now, a year later, HaptX shared its progress with Bye at Sundance.

“Overall, HaptX is making rapid progress and huge leaps with their haptics technologies and they’ve crossed a threshold for becoming useful enough for a number of different enterprise and military training applications. Rubin isn’t convinced that VR haptics will ever be able to fully trick the brain in a way that’s totally indistinguishable from reality, but they’re getting to the point where it’s good enough to start to be used creatively in training and narrative experiences. Perhaps soon we’ll be seeing some of HaptX’s technology in location-based entertainment applications created by storytellers who got to experience their technology at Sundance this year, and I’m really looking forward to seeing how their textures haptic display evolves over the next year.”

Listen to the Episode

You can listen to the full episode here (#619: Grabbing Virtual Objects with the HaptX Glove) or visit the Voices of VR to read the article. 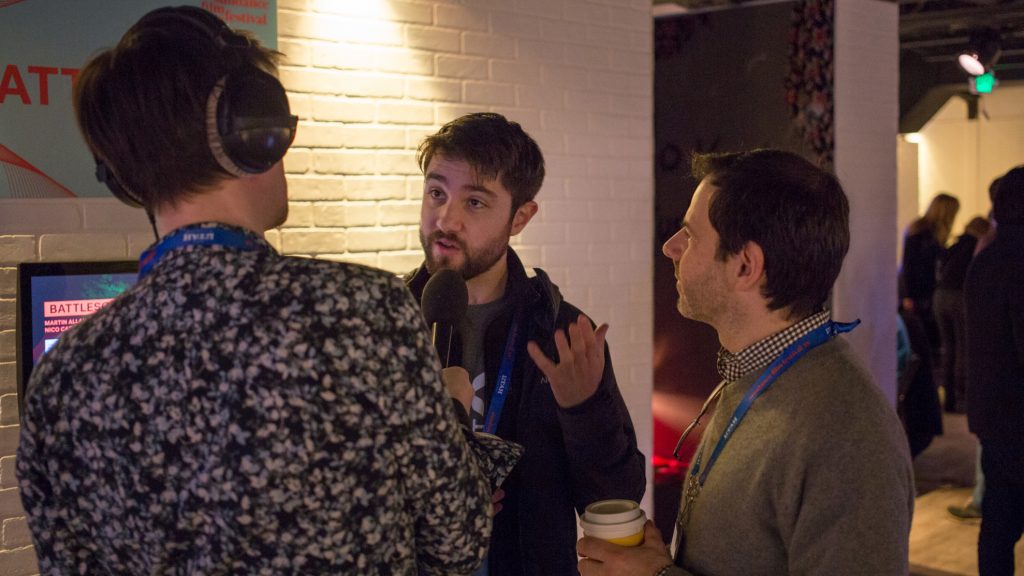