VR Must Move Past Symbolic Haptics

In the field of haptics, it’s hard to avoid jargon: ERM, LRAs, piezoelectric, microfluidics, vibrotactile, two-point threshold—the list goes on. That’s why at HaptX, we’ve cooked up a lot of metaphors and phrases for explaining haptic technology. One of my favorites is the concept of symbolic haptics versus realistic haptics.

Sounds like more jargon? It’s actually a straightforward way of understanding current haptic technology versus what we’re doing at HaptX. Let’s start with what’s come before.

Nearly all existing haptic technologies are symbolic—they use vibration to represent a digital object or event. Some common examples include: 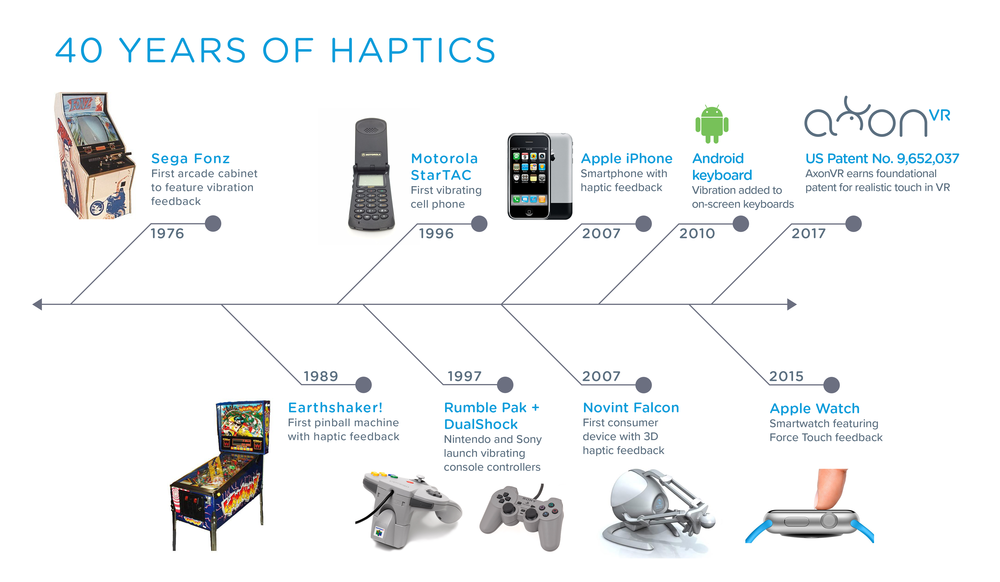 In most of these cases, a symbolic interaction is desirable. People set their phone to vibrate for notifications because audio alerts are disruptive. In video games, you wouldn’t necessarily want to feel as if you were really being shot or bitten. Game controllers have adopted vibration because it does offer a subtle enhancement of the experience. A little haptic feedback makes a user feel deeper engagement with the experience, even if it’s ultimately just a rumble in a piece of plastic you’re holding. A vibration in the Android keyboard on your touchscreen helps you distinguish between keys, essentially embedding additional information to let you know you’ve successfully clicked. 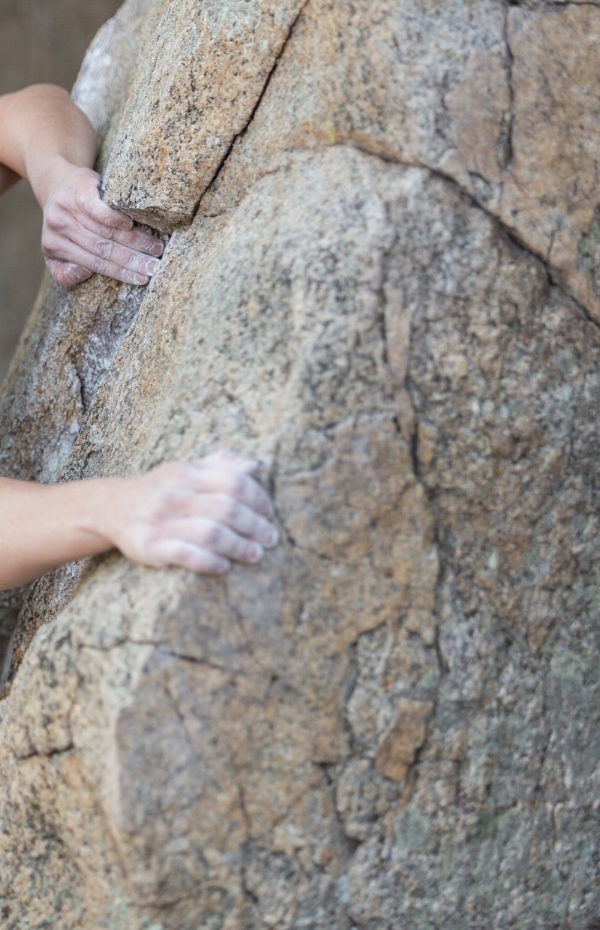 Symbolic haptics fall short when immersion is essential, and when it comes to VR and AR experiences with high visual and audio fidelity, realistic haptics are necessary. When you climb a cliff face in virtual reality, would you rather hold controllers and pull triggers to grip the cliff face, or would you prefer to feel the rock on your palm? With realistic haptics, interaction is natural and feels right. You can feel the surface of objects and environments pressing against your skin and the resistive forces giving them shape.

When it comes to virtual reality, immersion is essential to every experience. Symbolic haptics are detrimental. If you expect to touch something real and you get a buzz, you’re jolted out of the virtual experience. If you get too many buzzes, your hands will ultimately go numb or you’ll become desensitized to what you’re experiencing. All of the vibration in the world won’t make a virtual object feel real—unless that virtual object happens to be something that buzzes.

Moving Beyond the Hype

We recently spoke to Dr. David Parisi, Associate Professor of Emerging Media at College of Charleston, and he noted that in previous hype cycles haptics failed to live up to the expectations of technology prognosticators. For haptics to be effective, they need serious applications beyond notifications and buzzes. Now that realistic haptics is within our grasp, we expose myriad use cases, from military and medical training to immersive entertainment to the ability to manipulate 3D designs in virtual space. These applications require more than a buzz. They require realistic touch. I, for one, wouldn’t want my surgeon to train with a pair of vibrational game controllers.

Jake Rubin founded HaptX with a vision of a world in which virtual experiences are indistinguishable from real life. To achieve that, we’re moving beyond symbolic haptics. Such technology will always have a place in simple interfaces and alerts, but to unlock the productive and creative potential of haptics, the virtual world needs to both look and feel natural. With the work we’re doing at HaptX, realistic haptics is within our grasp.