You’re always touching something, 24 hours a day, 7 days a week. Clothing, cell phones, car keys, other people: we interact with all these things and many more everyday through touch. And yet, our world is changing. Our day to day routines are becoming more and more digitized between email, text messages, and social media. Touch is no exception. 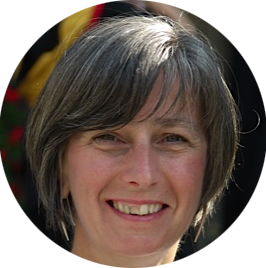 Price is a Co-Investigator on the IN-TOUCH project, and is the Professor of Digital Learning at the UCL Knowledge Lab.

With this proliferation of digital touch and haptic technology, a new form of interaction has emerged: mediated touch. As the name suggests, mediated touch is any touch that is felt or delivered through an intermediary—a device or channel that acts as a middle-man. These intermediaries can be digital, analogue, or anything in-between.

IN-TOUCH, a five-year project based at University College London’s Knowledge Lab, is dedicated to studying the social aspects of this world of haptic and digital touch technology. HaptX recently spoke with IN-TOUCH members Sara Price and Kerstin Leder Mackley about the project.

“IN-TOUCH sets out to map current development in touch technologies and study their social implications,” says Price. “We’re trying to engage in what touch is, and what it means. How it can be changed through these technologies.” 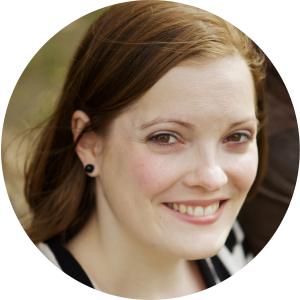 Leder Mackley joined the IN-TOUCH project in 2017 as the Senior Research Associate at the UCL Knowledge Lab.

By studying early-stage haptic technology IN-TOUCH is building a well of information that will help encourage safer and more informed innovation down the line. They’re doing so through a mixed methodology that draws from the team’s variety of backgrounds—from communications and sociology to psychology and sensory ethnography. Focusing on five domains—personal relationships, health and well-being, leisure, work, and learning—the IN-TOUCH team has engaged with technologists through meetings, interviews, and workshops hosted at their lab centered around specific prototypes of digital touch technologies.

In late 2017, IN-TOUCH organized a series of workshops on remote personal communication through touch, with a focus on the Kissenger, a device that plugs into your cell phone and allows users to send a “kiss” via the internet. Using motors under a silicon “skin”, the Kissenger simulates the sensation of a kiss when it’s pressed against your lips or cheek.

“We used the Kissenger as a probe to get workshop attendees to think about touch and think about some of the implications of what it would mean to be able to kiss at a distance,” says Leder Mackley.

Though still a proof-of-concept, the Kissenger may change the way we think about physical interactions. It used to be impossible for two people who are separated by long distances to interact with each other through touch. Now, with mediated touch devices like the Kissenger, that barrier has been broken down to some extent.

In a different vein from kiss-transmitting machines, IN-TOUCH has developed an interest in studying haptic technology that impact babies and young children. The Huggy Pajamas, originating from the same Lab as the Kissenger, are a great example of such a project.

By squeezing a device that looks like a doll, a parent or caretaker can send “hug signals” to a haptic jacket their child is wearing when they are away from the child for work or travel. The jacket then simulates some of the feelings you would get from a hug, including pressure and body heat, through a network of actuators within the fabric.

“At some level, it’s really nice to feel like you still have contact with your child. But at another level, it raises some interesting questions,” says Price.

For example, what if someone else triggers the hug? What if the baby doesn’t want to be hugged? Will this change the baby’s reaction to a traditional hug?

“It’s a very emotive subject,” says Leder Mackley, who’s been exploring the implications of emerging baby smart monitors on parent-child interactions, “whether it changes the way we touch babies, how we know our baby is okay, whether we need technology to check on them, and how we understand babies’ bodies as well.”

Because touch holds such an important role in our lives, the idea of a third party, whether that’s another person or a piece of technology, getting involved and somehow altering our interactions without our control is daunting. After all, we use touch in more ways than just picking up this, that, and the other thing.

When we encounter something new, our first instinct is to reach out and try to touch it. Touch helps us learn and remember those experiences with better clarity. Beyond learning and exploration, social and affectionate touch is extremely important as it provides a sense of safety, connection, and belonging.

And yet, mediated touch technology also presents some pretty enticing possibilities for enhancing and enabling that sense human connection. In June 2018, IN-TOUCH hosted an exhibition called Remote Contact, by art collective Invisible Flock whose creative interpretation of touch technologies sought to counter feelings of isolation for people living with dementia or separated by great distances.

As virtual reality is becoming more accessible and digital-touch-friendly, these opportunities take on a whole new dimension.

“VR seems to be one of the most interesting spaces for digital touch to happen and to take off”, says Leder Mackley. “It’s already creating different kinds of senses of embodiment and emplacement for people, and it already has different ways of connecting and bringing people together.”

“VR seems to be one of the most interesting spaces for digital touch to happen and to take off. It’s already creating different kinds of senses of embodiment and emplacement for people, and it already has different ways of connecting and bringing people together.”

Think about the Huggy Pajamas example from before. With the addition of VR and haptic technology, like HaptX Gloves, something that was once impossible—hugging your child from a distance—can be done. The interaction would also be more fulfilling since the parent could see a rendering of their child in VR as opposed to just the doll when they triggered the jacket.

The above examples of touch technologies illustrate how complex the human and social implications of mediated touch are. They also show how haptic technology can bridge massive gaps in how we communicate with those we care about. So, even though it’s important for us to be mindful in our innovation, it’s encouraging to see researchers like the IN-TOUCH team validate the potential of VR and haptics.

We’re looking for companies and individuals to feature on the blog. Reach out to us on social media (Facebook and Twitter) or at media@haptx.com.